Switching to LED Lights: 2 Mistakes you Should Never Commit

Switching to LED Lights: 2 Mistakes you Should Never Commit 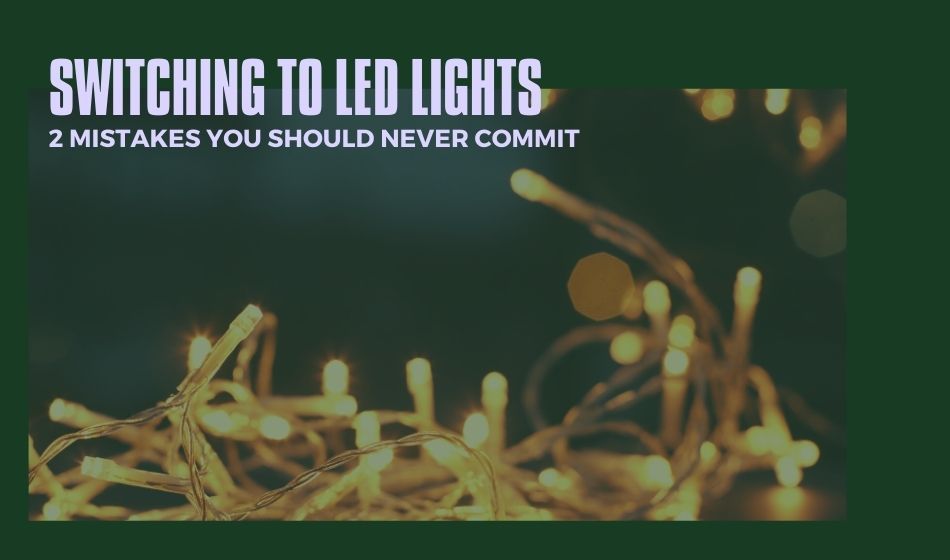 Should I Buy Every Pretty LED Bulb in the Market?

Absolutely no. You should switch to the LED lights from the traditional lights as the future is of LED lights. But you should keep in mind that not every LED light in the market is worth your money.

We will discuss two important things you should never ignore if you want to make an economical and valuable decision for buying a LED light.

First of all, if you want to switch to a LED light, you must understand what a Lumen is. You can google but the technical definition will boggle your mind.

Don’t get Misled from Incandescent Lookalikes

In the market, you will find a lot of LEDs that looks like classic incandescent. What you don’t know is that they boast imitation filaments with capacitors that give off light. These capacitors are secured together in a twisted fashion.

The problem? These LED bulbs may be a bad idea to place under a lampshade. Because the imitation filaments may become dim within the pool of light. These fake LED bulbs are presented as so-called Vintage bulbs so that people may be attracted towards their design.

But if someone wants an attractive-looking LED bulb, why would they conceal it under a lampshade?

Our recommendation is to don’t fall for these neat-looking and beautiful LED bulbs. As they often don’t put up with the brightness claims on their packaging.

When you step into the market, just keep these two important aspects in mind and we are sure that you will end up buying a LED light that will win your heart with its functioning and features.